Max Anstie competed in round 6 of the AMA Pro Motocross Championship on a production based 2022 Honda CRF450R and achieved two top five moto finishes. The likeable Englishman qualified P2 which set the tone for the day’s proceedings.

Anstie is no stranger to top finishes in motocross, wining the 2017 MXON. Max is genuinely happy with his performance given the limited time he has had with the team and on the bike.

“I started riding the Honda 5 weeks ago, the team called me up and gave me an opportunity and after visiting the teams base in Cairo, Georgia I was confident we could build something special. The team is very passionate and experienced and fortunate to have the support of American Honda”, said Anstie.

Max held P1 in Qualifying for several laps before being relegated to P2 and team Manager Martin Davalos wasn’t surprised.

“We did a two-day test, our only test at Southwick with Factory Connection three weeks ago and developed a competitive bike and Max was quick and more importantly happy. We all worked together to refine the bike following our test and I was confident we would be competitive. I didn’t expect P2 in qualifying, but I did expect him to be competitive. It was a nice reward for the effort everyone has been putting in. Everyone has been putting in a lot of hours to get ready” said Davalos.

Max continued to reward the team with creditable results, the Firepower Honda rider passing several seasoned factory riders on his way to finishing fifth in both races for sixth overall. 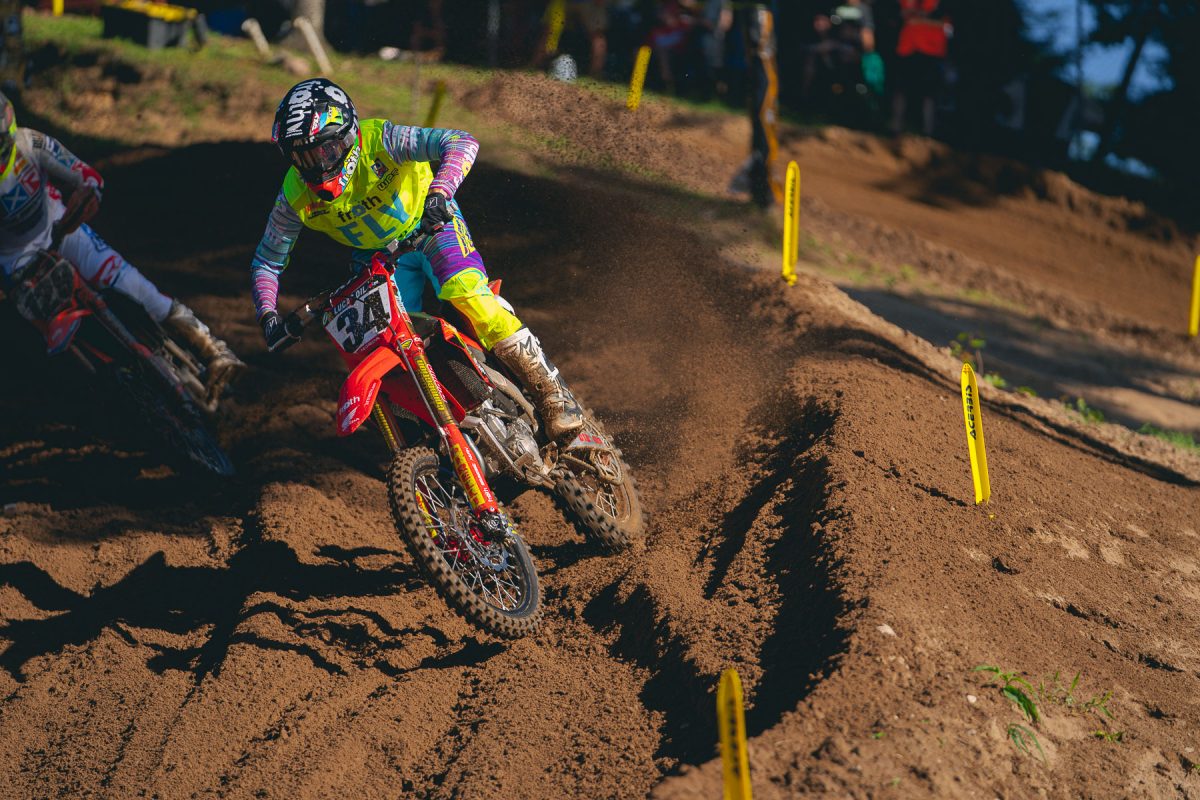 “The results on the weekend were positive and with more time we could improve on those. The Honda is competitive out of the box, seriously, it’s unreal and we proved that on the weekend. Factory Connection created magic and we all agreed with more time we could refine everything a little more, with that said it was a terrific result for the team and our sponsors. It was nice to race again and be around the fans”, said Anstie.

Anstie will compete in one more round of the AMA Pro Motocross Championship and isn’t a ruling out a return to the MXON later this year.

“I would love to represent my country and Firepower Honda at the MXON. I need to be picked first but if I got the call I would do it, for now I will maintain my focus on this coming weekend. We have two more days of testing this week and we want to achieve the same results or better if we can”, concluded Anstie.