Levi and Will Campbell have been racing and training in America since 2016. Team owner Yarrive Konsky first noticed the two riders when he visited MTF in 2019.

“There are several Australian riders training at MTF, and I am encouraged to see the level of talent coming out of Australia. Levi and Will and several other Australian riders are doing what they need to do to pursue a career in racing. Will achieved outstanding results this year in the Mini O’s with several top fives” said Konsky.

Since 2016 Levi and William have been trained by Colleen Millsaps and Bryan Johnson.

Will, 15 wants to make a career in racing and understands that you get very few chances.

“When Yarrive spoke to my parents I was super excited. The success he has achieved with other juniors in Australia is unreal. He has also trained at MTF and its cool to have someone that understands what it takes, plus the teams new manager Martin (Davalos) is one of the best riders and I think I can learn a lot from him also”. Said Will Campbell.

Will was referring to the team’s new manager Martin Davalos. Martin was instrumental in making the amateur program a reality.

“Yarrive spoke to me about helping out some amateur riders and being that he is from Australia he wanted to help some Australian amateurs. I told him about the Campbells. Will and Levi are really dedicated, and I think we can help them reach their potential” said Davalos. 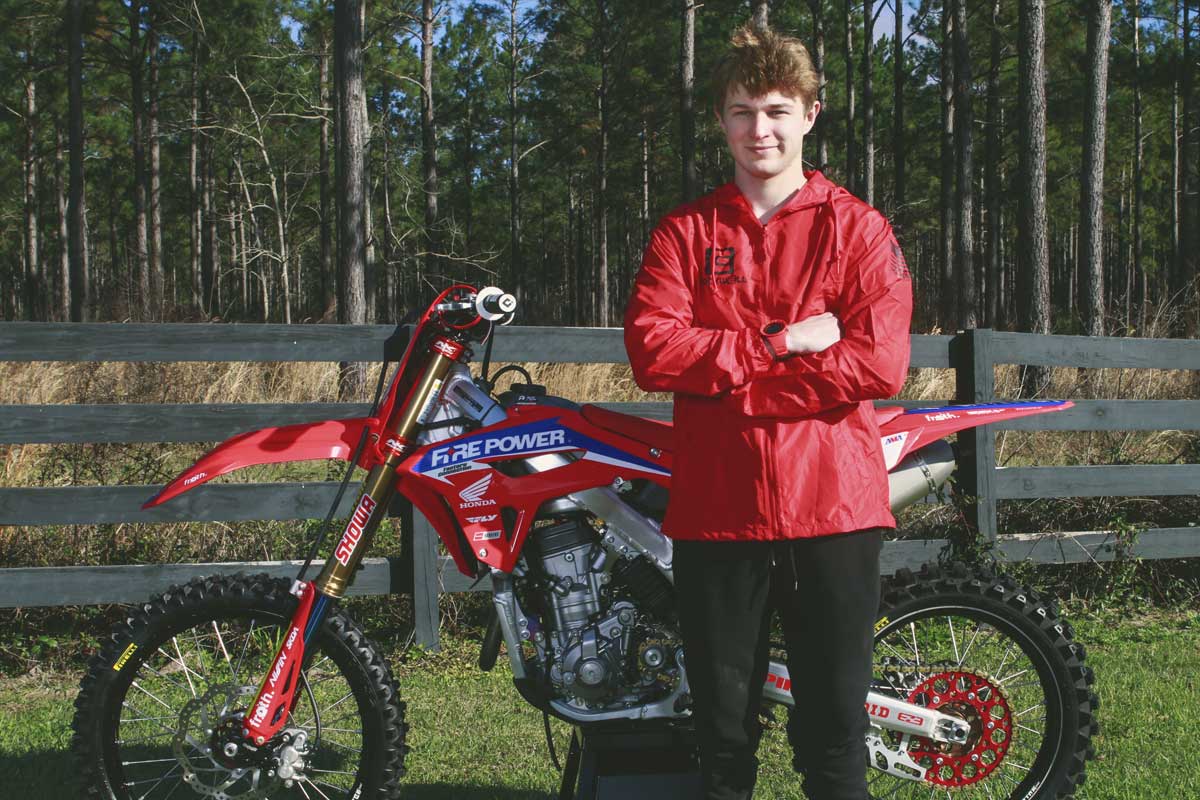 Levi, the elder of the two was happy that their efforts had been noticed and is excited to race for the Firepower Honda team.

“The success Yarrive has achieved in America in two short years is awesome. His team has top 5 finishes in the 250 pro class and have been on the podium in the 450 class. In Australia he has the most winningest team in Supercross in the past 10 years. I grew up watching the juniors that rode for him in Australia. Mosig, Phillips, Williamson, McNeil, Berwick, Cachia, he has helped so many and I am excited to learn from him, Martin and Jordon and Jarrett” said Levi.

Levi is extremely excited to learn from Martin Davalos.

“Being at MTF I have watched Martin for years; he is one of the best riders in America and has over 20 podiums and many career wins. Knowing that he wants to do this gives me confidence that we are doing something right. I already have learnt so much by just watching him, and I can’t wait to learn more from him and the team” continued Levi.

Troy Campbell the father of Levi and Will is happy that the work his boys have been putting in has been noticed and appreciates the support Yarrive is providing.

“Inclusion is half the battle these days. I have learnt in business that surrounding yourself with the right people is paramount to the success you can achieve and having Yarrive, Martin, Colleen and Bryan behind our two boys will give them the confidence and guidance they need to reach their potential,” said Troy Campbell.

This is the team’s first foray into amateur racing in America and their focus will be the Supercross Futures, Lorretta Lynn’s and the Mini O’s