Firepower Honda moves to 4th in the AMA Supercross Championship!

Jordon Smith has moved to 4th in the AMA Supercross Championship, which is a positive step forward, but the goal remains a podium finish and top three overall in the championship.

“Smithy is a podium contender, but you can’t do that with crashes in two of the three final motos, we will take the 6th tonight as charged back hard following his crashes.  He is trying very hard, and we can’t take that away from him. I am happy we have moved to 4th in the championship and with three rounds remaining we will be doing everything we can to finish inside the top 3,” said Davalos. 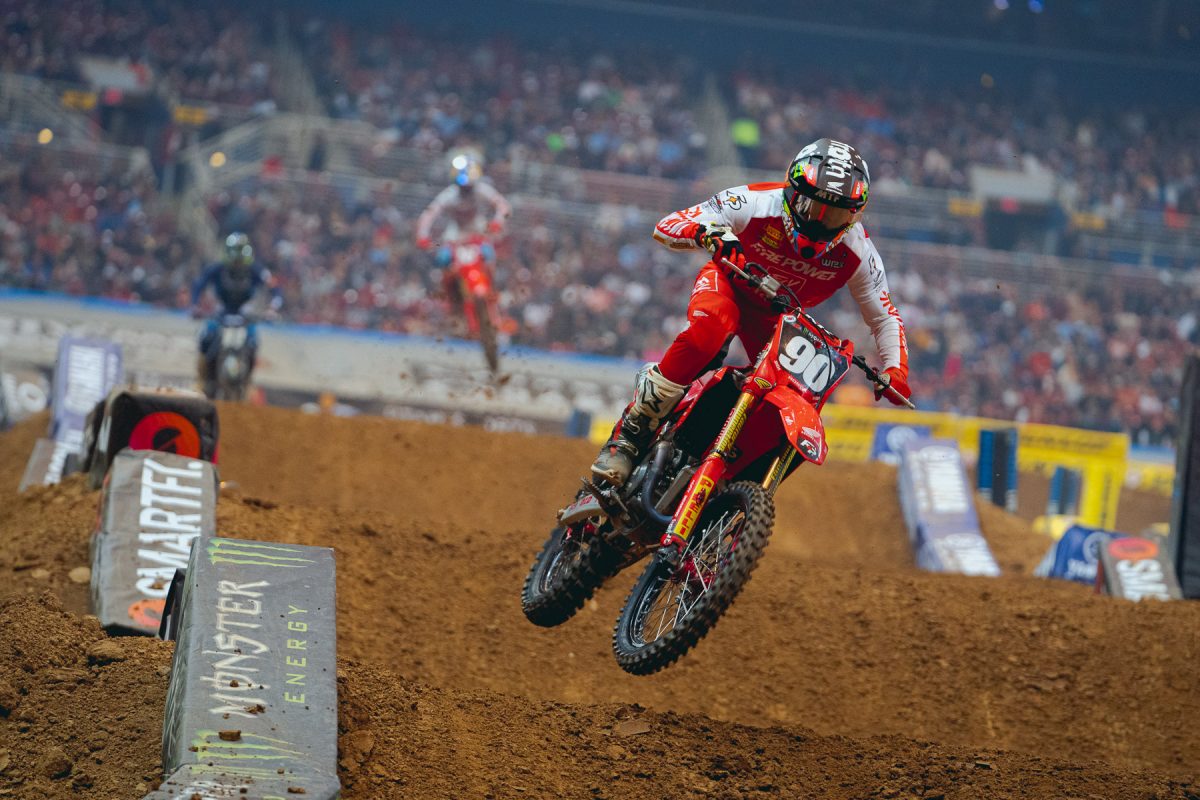 Jordon also believes he should be racing for podiums and acknowledges these mistakes continue to hurt his chances.

“I wish I knew why I was making these mistakes.  I feel good, the bike is good, and we made some massive improvements these past weeks, practice was hard as I crashed hard with another rider and the crashes in the races shouldn’t be happening. I feel I am trying a little to hard and I lose the flow that we have during the week.  I will regroup with the team on Monday and prepare for Atlanta.  We have a real shot at an overall podium, and I am focused on that as well as earning the team and I a round podium,” said Smith. 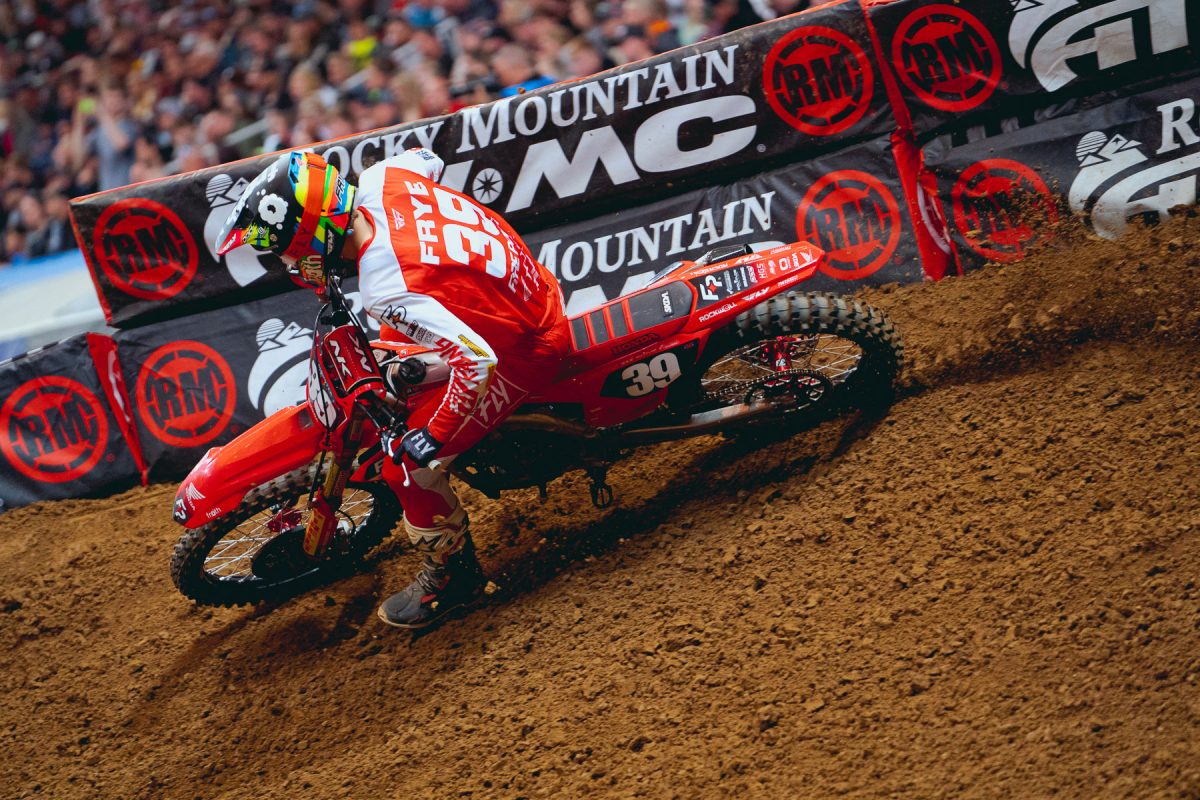 Jarrett Frye had a better weekend, qualifying straight through to the night show.  Frye achieved consistent results and 15th overall.

“That was better, but I need to keep moving forward.  The goal is top 10 from here forward.  We have three rounds left and I need to be running inside the top 10. I am looking forward to Atlanta.  I also want to finish inside the top 15 in the championship so good points in these remaining rounds are important,” said Frye.

The next round is this coming weekend in Atlanta.  It’s the first East / West shootout – for more information go to www.supercrosslive.com