Many positives taken from round seven of the FIM World Supercross Championship!

Round seven of the FIM World Supercross Championship returned to Orlando Florida, after a 14-year hiatus. The Muc-Off Honda Racing team were pleased with the open stadium track conditions.

“Considering all the rain we had, the track was amazing. It was really tight and technical and had such a decent start straight,” said Justin Brayton.

The team continue to make positive steps forward in their pursuit for another podium and Brayton is confident they are not far off.

“The program came together late and we are using every moment on the track to improve ourselves, me included.” Brayton said.

Having raced to the front in the final for several laps, Brayton looked strong out there early but slipped back to 11th overall.

“The speed is there and we are getting closer and closer with the bike setup. It’s a brand new bike so we are still learning it. We will do some testing and make some minor tweaks this week ahead of Orlando 2.” Finished Brayton.

Mitchell Oldenburg continued his consistent run of top five finishes in the 250-class and believes he is on the verge of a podium finish.

“I know exactly where we need to improve and I am going to pound laps between now and April to get there. It’s frustrating being on the verge because I know we can be a podium team in the 250-class.” Oldenburg said.

Teams have a week to prepare for round eight, which is the first of the West Coast rounds and will see Mitchell Harrison debut for Muc-Off Honda Racing in the 250 class.

“So far it’s been great, everyone in the team is super nice and I have gelled with the bike. Last week we made some further changes with the suspension and KYB came out to test and the improvements have given me another level of confidence. I can’t wait to go racing.” Said Harrison. 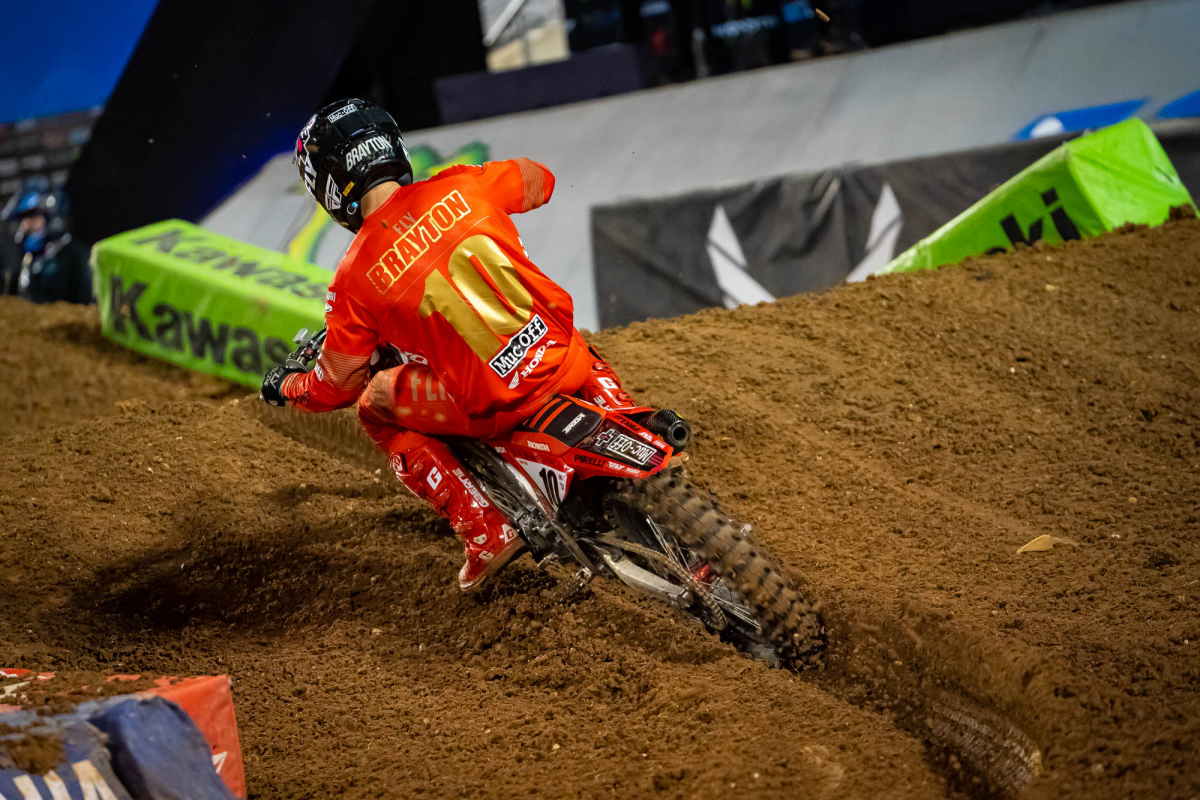