Seven days between race rounds make a huge difference; riders get to go home and rest, the team travels back to headquarters in California and everyone at Muc-Off Honda Racing gets their first chance to evaluate the past six rounds thoroughly.

It has been an epic six rounds at that. Brayton claimed a podium finish in the teams second race of the season, Oldenburg came back following some unfortunate setbacks, to take 4th in round six and the team feel as though they have found their place in the paddock, racing against the best in the world.

Justin Brayton is pleased with the team’s progress in such a highly contested Championship.

“This is one of the hardest motorsport Championships in the world. The bikes are so similar, the top 10 to 15 guys are within one second of one another in qualifying and we all line up together for the start of a race – side by side one another. There is no other form of motorsport that lines everyone up side by side like this. This is why the start is so crucial, qualifying is crucial and the heat race result is especially crucial.” Brayton said. 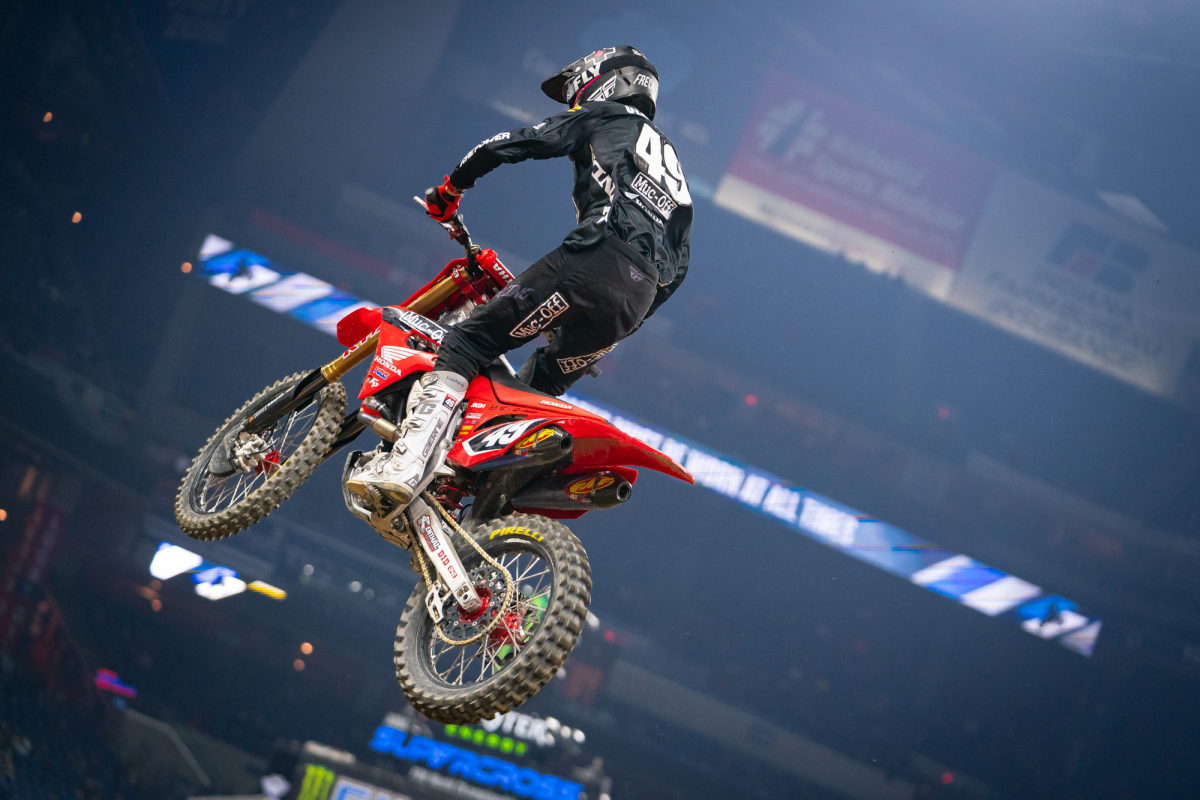 “We are in the mix of things, which for any new ‘start up’ team coming into this tough competition, it’s huge! We’ve led races and taken hole shots, it’s been awesome so far and we are in right in the fight in one of the most stacked fields that I can remember. I am pumped on everyone’s efforts.” Brayton added.

“We are competing against teams that have been established for 10 or more years and we are holding our own. I am happy with the progress we’ve made so far, but we all want more so we are working towards our goals, one race at a time.” Oldenburg said.

Round Seven and Eight will be held in Orlando, Florida. For more information go to www.supercrosslive.com