Round 13 of the FIM World Supercross Championship in Atlanta served up challenging conditions for riders thanks to unrelenting rain.

After practice and the first qualifier, the track became extremely greasy, to the point where the second qualifier was cancelled.

Muc-Off Honda riders Mitchell Harrison and Mitchell Oldenburg were able to produce solid results in such slippery conditions, with Harrison finishing 3rd in his heat race and 6th in the final.

“It was a good day for me, I got great starts and made smart passes early in the final. I am still not 100% following my crash in the last round but I am racing back into shape. The conditions were tough, but I enjoyed the track and am looking forward to Tuesday’s race,” said Harrison. 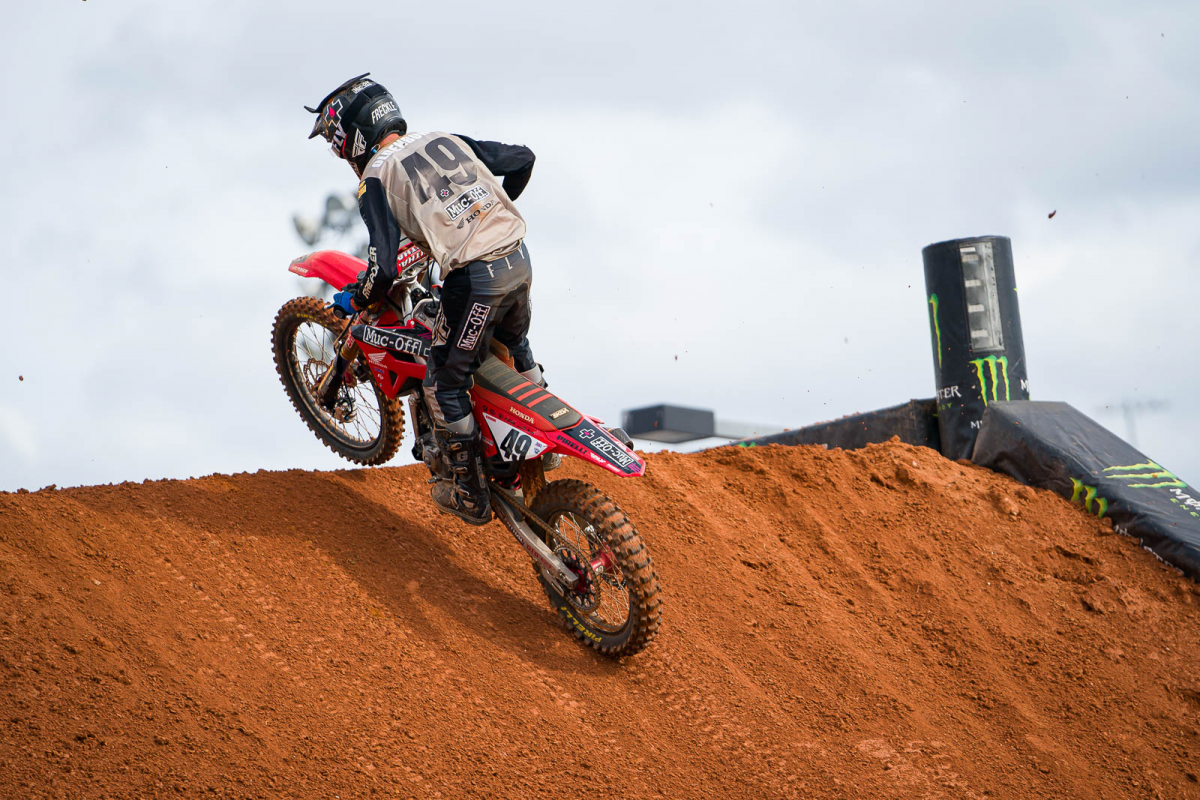 Mitchell Oldenburg continued his rise in the 450 class by scoring a personal best of 13th.

“I am really happy with the progress we made. This is my third top 15 in my first season racing a 450 and I am getting more comfortable every time I race,” said Oldenburg.

The team has a tight turn around to prepare for round 14, which takes place this Tuesday, leaving only two days for Feld Entertainment to rebuild a new track for Atlanta 2. Oldenburg is looking forward to getting back out there on the CRF450R, noting his enjoyment of the non-traditional schedule.

“I don’t mind racing three days in one week. If we weren’t racing on Tuesday we would be practicing and it’s the travel that takes it out of you usually so this new schedule eliminates that which is good. I know it would be hard on some privateers though.” Oldenburg said.

Although Justin Brayton is side-lined with injuries, he has still been actively involved in media commitments and team duties.

“I want to be racing, it’s really hard to watch from the side-lines. I am trying to remain active as I would prefer to be at the races then not. It’s been great to be involved in the TV commentary and I also enjoy being around the riders and the team,” finished Brayton.

The team has a tight turn around to prepare for the next round 14 which takes place this Tuesday.