Jordon Smith continues to show why he is one of the best 250 Supercross racers in the world.  The three-time race winner scored another top 5 finish in an eventful round 4 of the East Coast Championship.

“Qualifying went well, the bike felt great, we made some changes following Daytona and I was comfortable straight away.  Unfortunately, I came together with my teammate in the heat race and had to qualify for the main event through the last chance qualifier (LCQ),” said Smith.

Smith won the LCQ, its the third LCQ win for Firepower Honda, he then rode brilliantly in the main to come from midfield to 5th.

“It was always going to be hard starting so wide, but my Honda 250 is strong, and we came out in a good position. I think I was 11th or 12th off the start and by halfway we were 4th.  With a few laps to go I made some mistakes getting around lappers and got passed and I settled for 5th.  I was overly patient around the lappers, and it cost me, but I am happy with where we are after four rounds.  We are only 5 points off third place now,” said Smith. 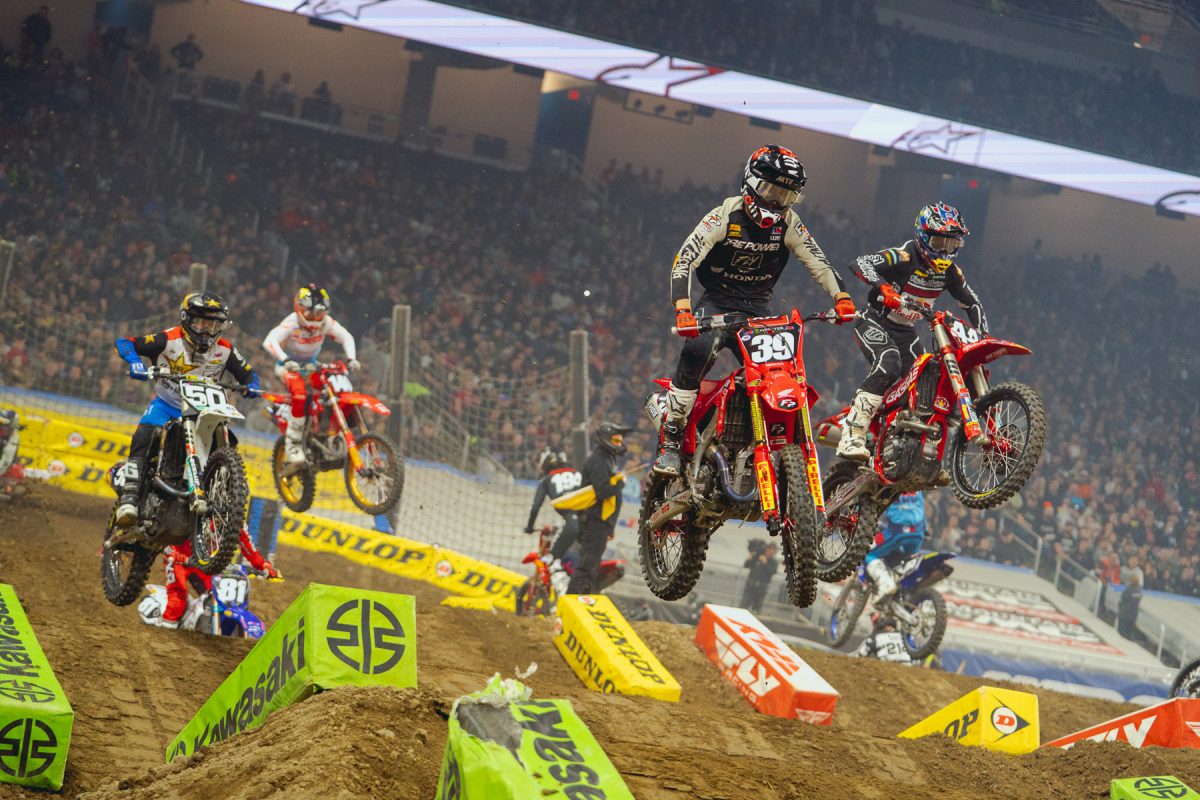 Jarrett Frye had a shocking night.  Frye crashed in his heat race and never recovered.  He also made some mistakes in the last chance qualifier which resulted in him missing his first main event for the season.

“It was a shocking night, I made mistake after mistake, and I never fully recovered. There isn’t much more to say.  I need to figure somethings out before Indianapolis this weekend. Jordon is showing what the bike is capable off and I feel great on the practice track, so we need to get back to basics and figure out what’s happening on race day,” said Frye.

Team manager Martin Davalos feels the team is gaining momentum in some areas and needs to work on areas where it isn’t.

“Jordon is riding well, and we have a plan over the next few weeks for him.  Jett is showing what a Honda can do and we will continue to work on some areas we know we can improve on.  We have some amazing people in our corner, and we will diligently work to be better in the areas we need to be.  It’s a process and we are in our infancy, so I am proud to be sitting where we are with Jordon.  Frye is struggling which surprises everyone as he is strong during the week.  We will put somethings in place this week that we hope helps him,” said Davalos. 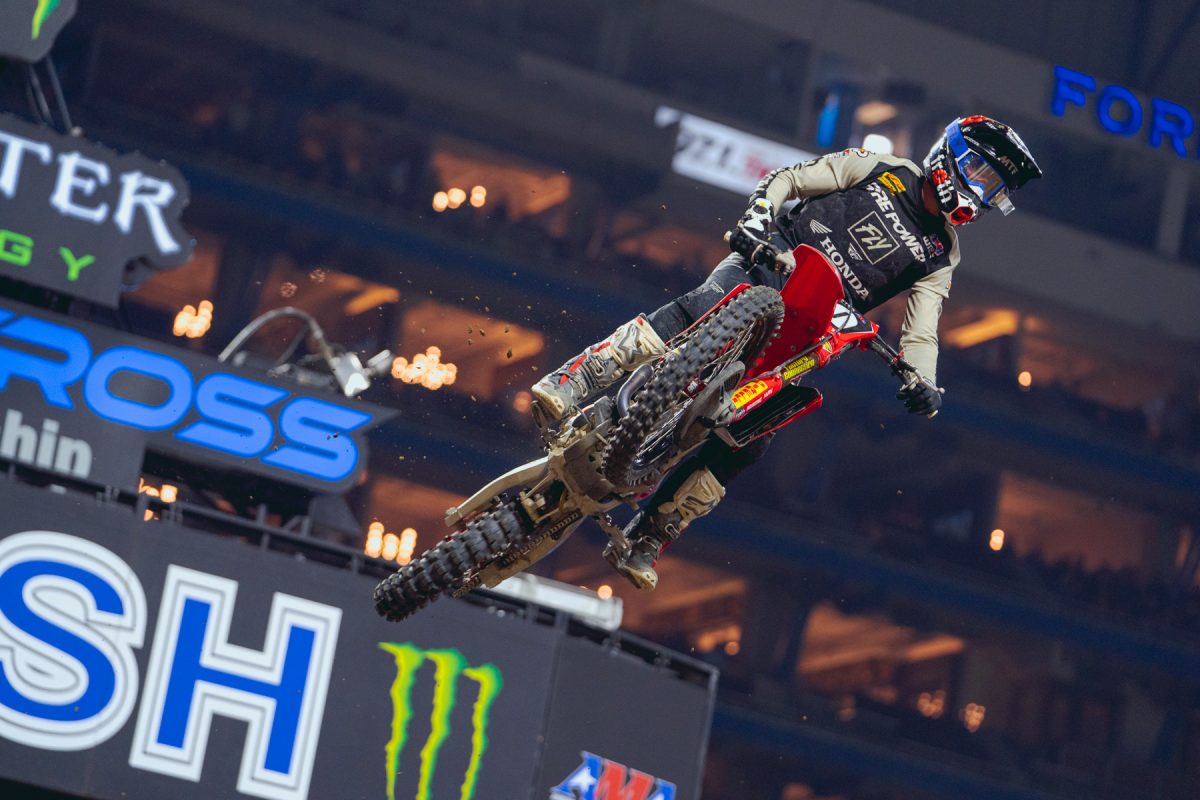 Team Owner Yarrive Konsky is confident the team will continue to progress under the leadership of Martin Davalos, team coach Bryan Johnson and Colleen Millsaps and team trainer Jacob P.  Together with Twisted Development and Factory Connection he feels the team has the resources to move forward in the championship, especially with the way Jordon is riding.

“Martin is a consummate professional who understands what it takes to win.  We have some great people behind our program at MTF and Jamie from Twisted and the entire team at Factory Connection are vested in our riders and the performance of our team. It’s a great combination of people chasing the same goal and I give them the credit for our team’s success.  I want to note that none of this happens if Jordon didn’t agree to ride for Firepower Honda. I am proud to have him on board and so long as Jarret commits himself to finding the form we know he has we will remain committed to him,” concluded Konsky.