The fourth round of the World FIM Supercross Championship ran in sub-zero weather conditions in the famous Indianapolis Lucas Oil Stadium. Whilst it snowed outside, fans were treated to some of the seasons’ most exciting racing.

Both Muc-Off Honda Racing riders, Brayton and Oldenburg qualified in 6th place in their classes respectively.

Oldenburg soared to the front in his heat race in the 250cc, leading for several laps before relegating to the 3rd.

“I felt good in the heat race, my start was really strong,” said Oldenburg.

Brayton did not enjoy the same success as he hit the rear of another rider and fell in his heat race. He remounted and worked his way past 12 riders into a qualifying position for the main event.

“I didn’t get off the line as strong as I would have liked to and I ran into another rider in the first turn and came down. I got up in last place and it was hard to navigate safely through everyone, but we got it done and I managed to make enough passes to qualify straight through.” Brayton said.

In the 250 East final, Oldenburg got off to another solid start, running 4th until an unfortunate mistake saw him drop back to 5th. Ultimately he finished in 6th which moved Oldenburg into 8th in the Championship.

“I didn’t achieve my goal of top 5, but I was closer. I am getting faster and we are learning a lot. I feel with some little improvements we can be racing closer to the front,” said Oldenburg. 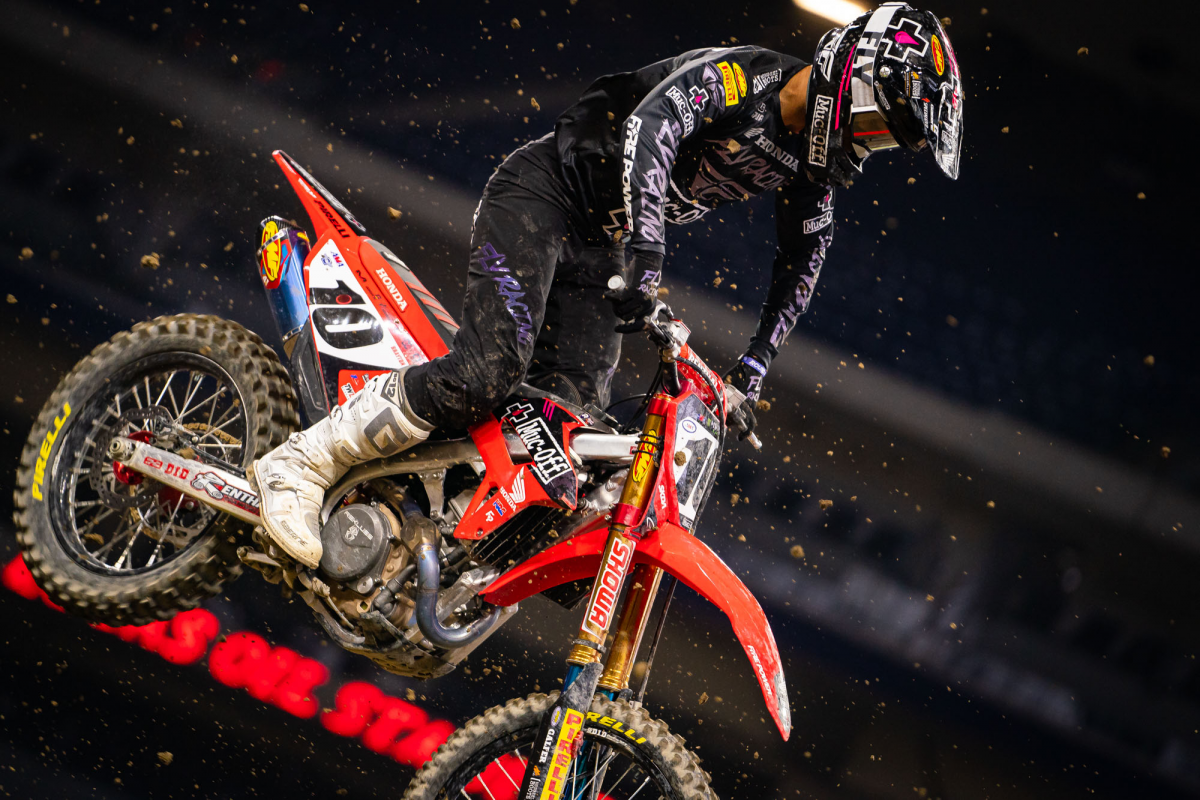 In the 450 final Brayton executed the start from the outside with precision, settling into 5th in lap one. He battled hard the whole race but came together with another rider in the second to last lap. After remounting, he finished 12th and now sits 8th in the Championship.

“Tonight, was a tough one, I felt we had good pace and we were comfortably battling with the second group. The track was super technical and unfortunately, I came together with another rider in the main and crashed. The positives are; we are competitive and its only round four. We will regroup and focus on Round five in a few days.” Brayton finished.

For more information on the team go to www.muc-off-honda.com