A night to forget for the Muc-Off Honda Racing Team!

The 2021 season has been full of ups and downs for the Muc-Off Honda Racing team. What started as a promising Round five of the FIM World Supercross Championship, turned into one of those dreaded nights which yielded devastating results for the team.

Both Justin Brayton and Mitchell Oldenburg qualified well and were headed towards a strong night of racing.

Oldenburg’s heat race went from fantastic to disaster in minutes, as the Texan native came off his motorcycle due to a mechanical, whilst in 2nd place. Thankfully, Mitchell was okay and the team prepared the CRF450 for the last chance qualifier (LCQ.) A miscommunication by officials, that was professionally resolved before the final, allowed Mitchell to race in the main event. Unfortunately though, it ended prematurely due to another mechanical.

“It’s a night to forget but also to take positives from. We got great starts again and our bikes are competitive. The mechanical issue was unforeseen, it’s something we haven’t had a problem with until now. It’s behind me now and I am focused on round six,” said Oldenburg.

Brayton’s night was looking good, following his round four woes. He got a solid start and was racing inside the top 10. With less than 10 laps remaining, he clipped the top of a jump and came down. Battered and bruised, he is preparing for round six this coming weekend.

“Damn, I am so bummed, two weekends in a row we are in a position for top eight finish and a small crash brings it all undone. The bike and team are doing awesome, it’s disappointing our results don’t show it, but they are. I will rest up and get ready for round six.” Brayton said. 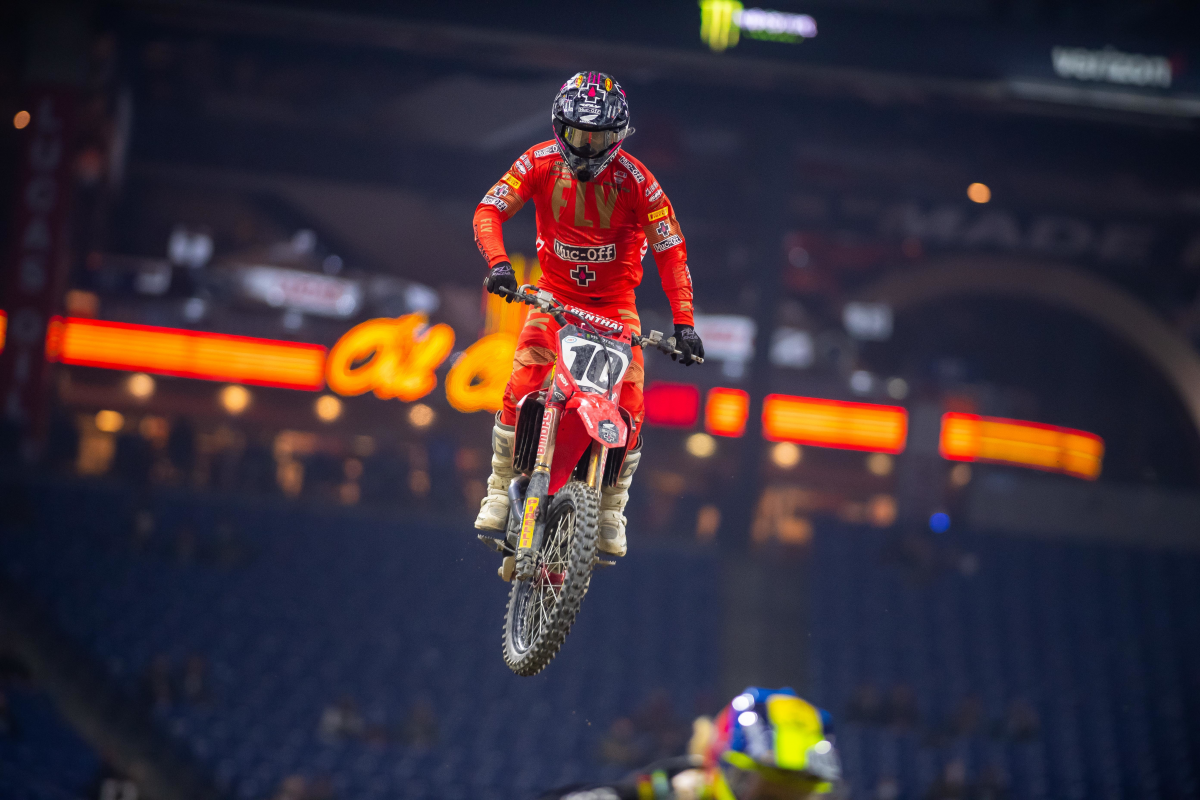 The team has a lot to be thankful for and are focused on the next 11 rounds.

For more information on Round 6 of the FIM World Supercross Championship go to www.supercrosslive.com