Justin Brayton kept his championship hopes alive with a 10th in round 3 of the FIM World Supercross Championship.

“I stand by what I have said from the first round. The first 15 guys are fast and you need a good start to race for podium finishes. Round 3 proved hard, my starts were a little off and it hurt our overall finish. We have some things to work on between now and round 4.” Brayton said.

The first three rounds of the Championship have proven invaluable for the newly formed Muc-Off Honda Team as 2021 is their first foray into the highly contested 450 class.

“We are competitive against the factory teams; our bike will only get better as we make minor adjustments. These last three rounds have provided us with valuable data and I am confident we have a solid foundation we can build on,” added Brayton.

The last time Brayton was inside the top five in points this early in the season was 2014.

“Its easy to be disappointed with a 10th after you’ve just finished in 3rd the race before but you need to put it in perspective. I am three points from 4th and 9 points from 1st and its been 6 years since I sat inside of the top 5 this early on in the championship. Its a really positive position to be in. We are competitive and I am confident we will be racing for more podiums.” Brayton concluded. 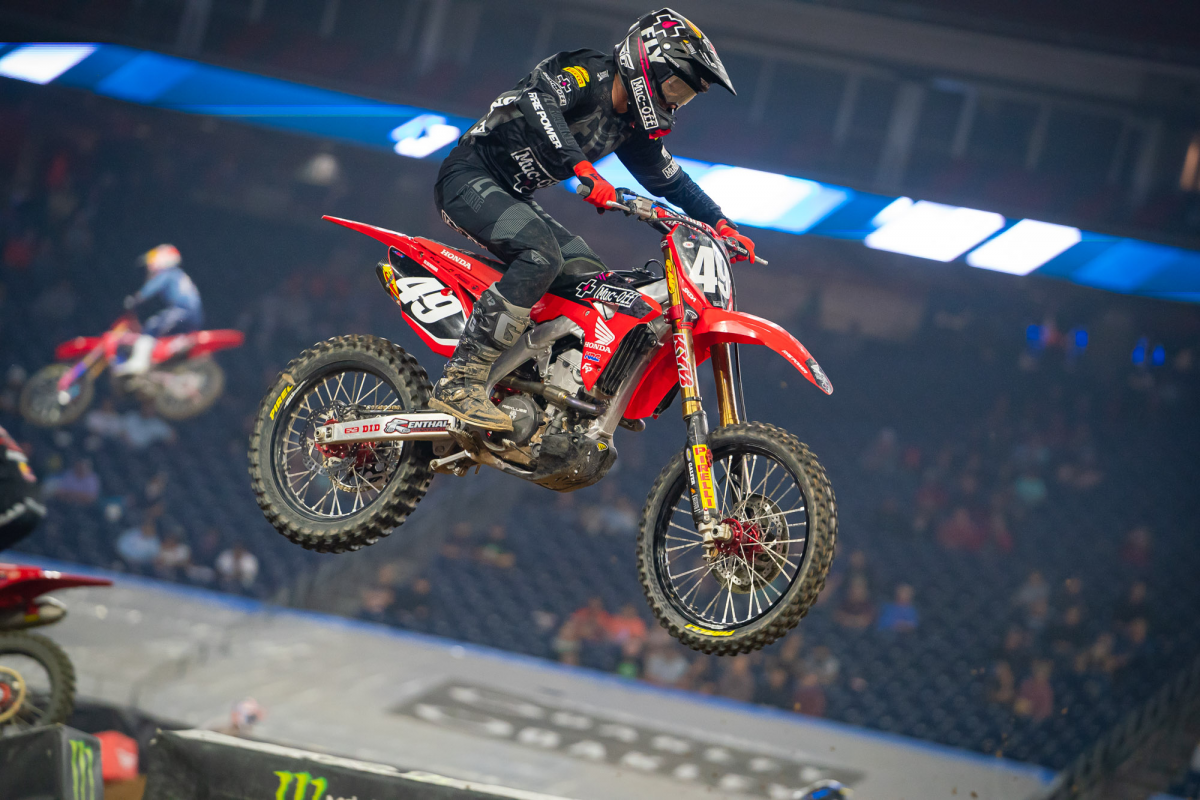 The teams’ 250cc East Coast rider, Mitchell Oldenburg had a tough round. The Texan local crashed hard in the opening laps of the final and bent his bike which saw him enter the mechanics area to straighten it.

“I am bummed, I had a good opportunity to gain some solid points before round four and the crash has set us back. Nonetheless it happened and there were positives before the crash, I was feeling the strongest I had felt in ages. I need to put this behind me and focus on what’s ahead.” Oldenburg said.

Oldenburg moves back to 10th in the Championship and is eager to work his way back inside the top five.

“I just need to race for podiums, I need to regroup and get back to a level I know I can ride at. The bike is awesome, the team is doing an amazing job and I need to get on with it and ride the way I know how to” Oldenburg finished.

The Championship moves to Indianapolis this Saturday for rounds 4,5 and 6. For more information and tickets go to www.supercrosslive.com