Muc-Off Honda Racing’s Justin Brayton finds himself in an extraordinary position in the Monster Energy AMA Supercross Championship; following round two in Houston, where he now sits in 3rd overall.

“I’ve never been 3rd in points before so it’s awesome to find myself in this position at 36 years old. My kids got to experience it, our sponsors and everyone in the team deserves it following the efforts of all involved in getting Muc-Off Honda to this point.” Brayton said.

“Everyone has been committed from the get go. The guys at FMF built us a range of pipes to test before putting them into production, Pirelli tested with us, Jamie from Twisted Development worked 24/7 developing the bike, JE Pistons created some custom products and the guys from HRC and SHOWA have been equally committed and supportive. These results wouldn’t happen if everyone didn’t come together the way they have. This is a real team effort and it’s awesome to be able to reward everyone with a podium finish as they aren’t easy to come by in this stacked field.” Brayton added. 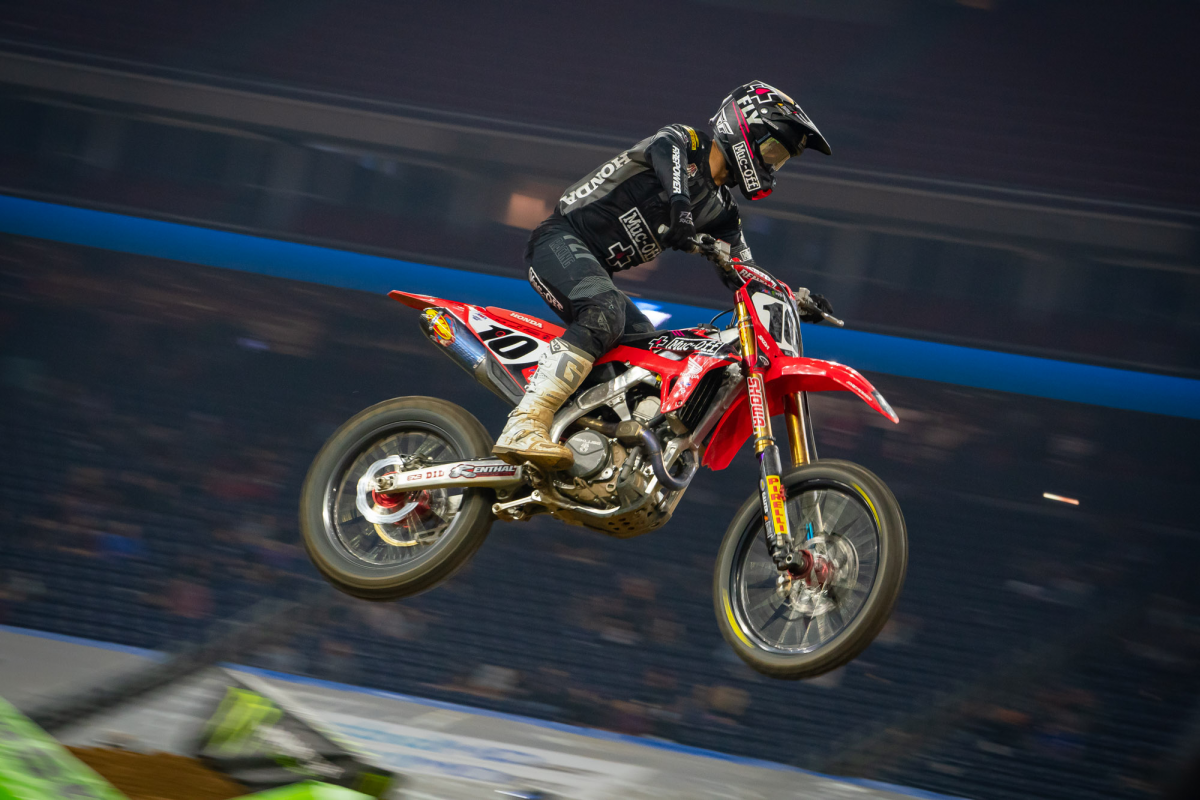 Whilst Brayton is focused on staying in the hunt, he quickly points out that the top 13 riders qualified within a second of one another and knows the stacked competition will continue throughout the season ahead.

“We all want to win; the competition is so close that one mistake can relegate you outside of the top 10 pretty quickly. I am focused on my starts and making sure I maintain a high level of intensity in the opening laps. Everyone is wide open for the first 10 laps, it’s crazy, it’s basically a 28 lap sprint race.” Brayton concluded.

The teams’ 250cc rider, Mitchell Oldenburg maintains that he is setting achievable goals for each round and wants to be inside the top five overall at the end of the Championship. “I hurt my wrist in the first qualifier in round two, it got really swollen and affected my night’s performance but I’m happy we were able to finish the night. I improved on my round 1 result and plan on doing the same for round three.” Oldenburg said.

Oldenburg is only six points from 5th and admits that anything can happen.

“The Honda is an awesome bike and there is no reason why we can’t race for podiums, I just need to find a little bit everywhere.” Oldenburg finished. 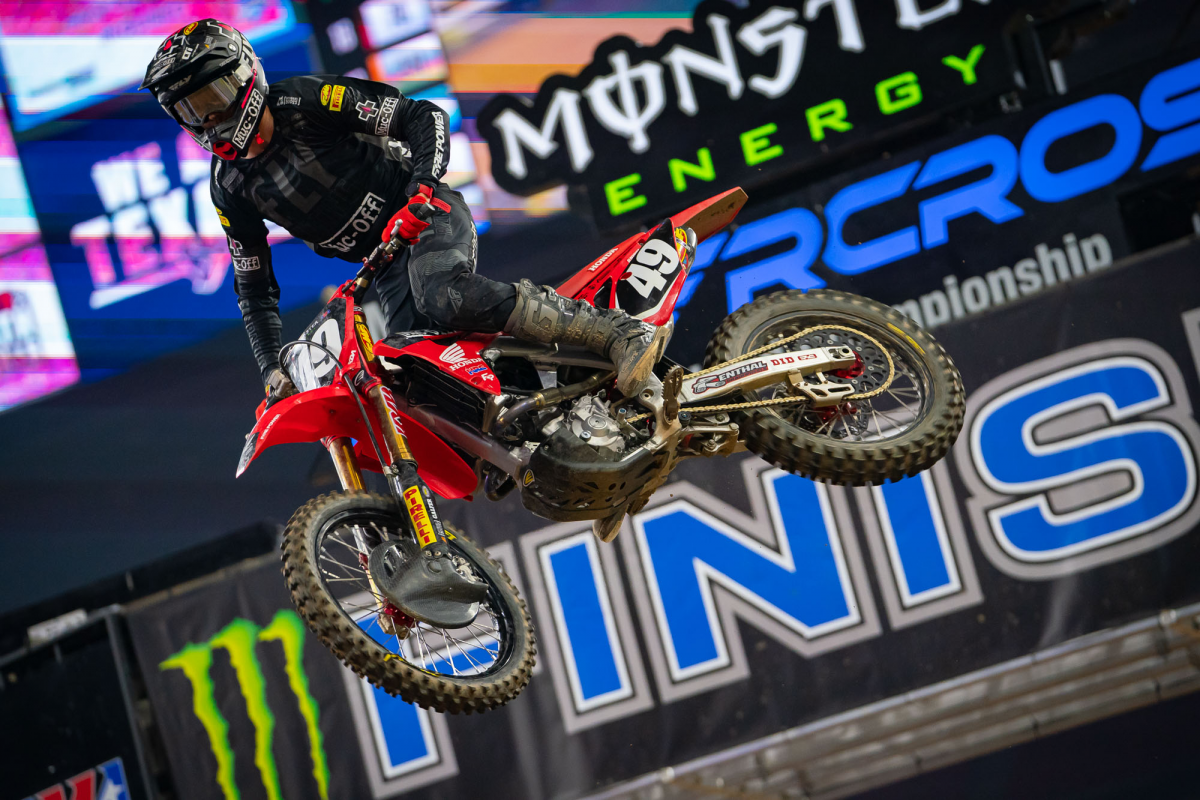 Due to COVID and venue restrictions, the first three rounds of the Championship are being held in Houston, Texas. Round three at the NRG Stadium, Houston will be tomorrow night – Racing starts at 7pm (Eastern Standard Time – Australia – Sunday at 12pm)

Want to watch it live? Head to www.supercrosslive.tv and download the pass.