Less than one second separated the top 10 riders in qualifying in 450 class, less than five tenths separated 5th to 10th. Brayton went into the heat race confident but things came undone from the first lap, where he came together with Malcom Stewart and hit the ground. Once he remounted, he had to work his way back through the pack from last place. 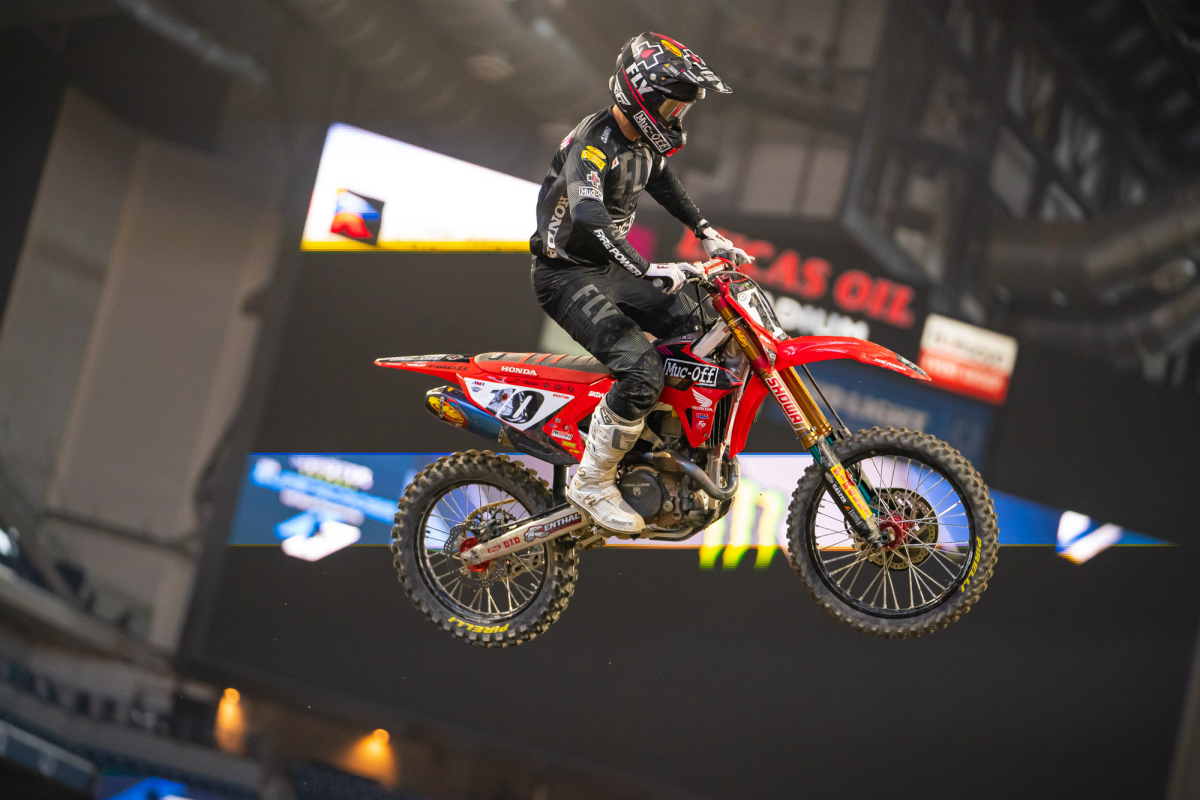 “Time ran out before the chequered flag was raised so I missed out by two positions on a direct to final qualifying position. I had to qualify through the last chance qualifier, (LCQ) which I was relieved to win. It was frustrating having to get into the final this way though, definitely not the way I want it to happen.” Brayton said.

The final also proved challenging for Brayton, navigating his way to finish the night in 12th. He now sits in 11th overall in the 450 FIM World Supercross Championship.

“I made things hard on myself coming from the LCQ. Off the start, the right hand first turn was difficult, it was the long way around and I got bunched up with a group of riders. It is hard against these guys with a bad start. I made sensible passes and managed a 12th. There have been a lot of missed opportunities in Indianapolis. We have a few things we need to work on and I am positive we can turn it around.” Brayton added.

Mitchell Oldenburg rode to his best placing this season, taking 4th in the final. After finishing in 2nd in the heat race, the Texan continued to improve and spent most of the 250 East Coast final in 3rd. 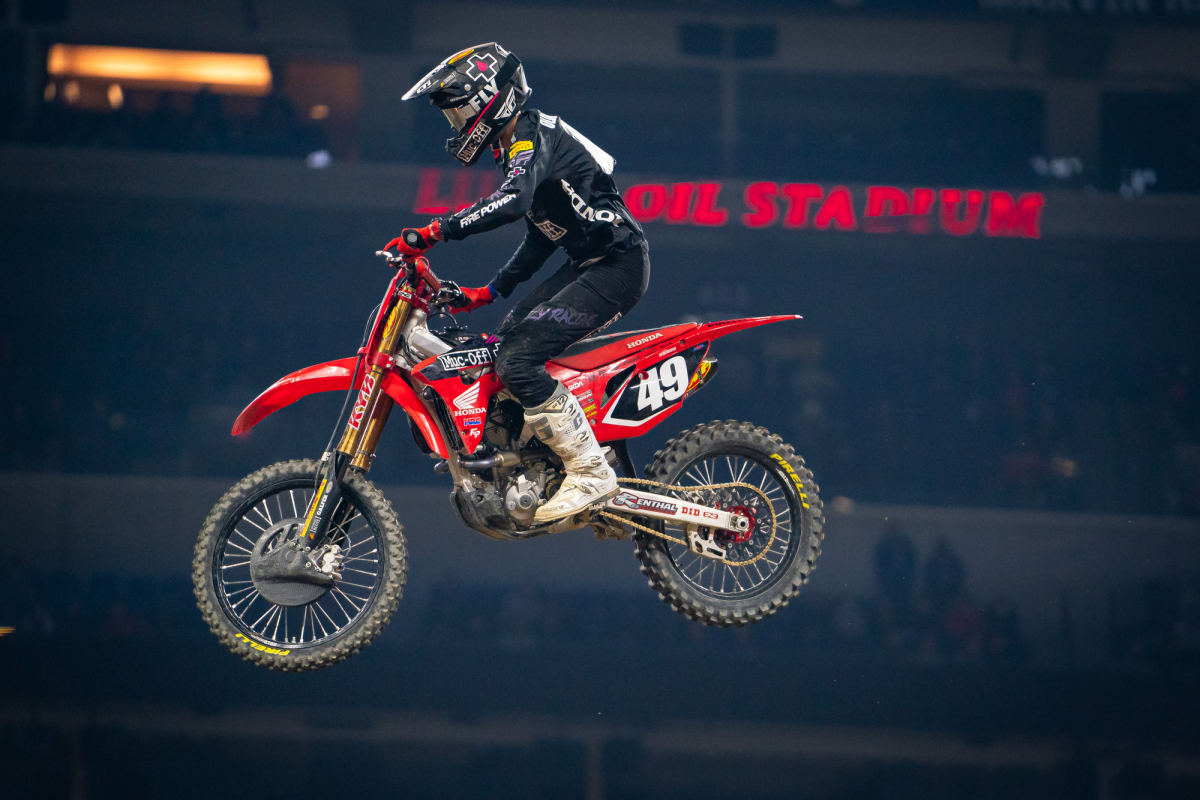 “I am pleased to have finished higher up in round six but it’s bittersweet as I gave away 3rd, I tightened up and started to make mistakes which ultimately cost us the podium. My lap times in the heat race and qualifying were solid, I just really tightened up in the final and threw away an opportunity. I am going to take away the positives. My bike is fast, our starts are strong and I am getting faster and I am healthy. Indi threw everything at us that’s for sure” Oldenburg said.

Oldenburg moved to 7th overall in the 250 East Coast Championship and with three rounds remaining.

“I just need to keep working towards consistent finishes in these last few races, as my goal is to be inside the top five overall at the end of the Championship.” Finished Oldenburg.

The team has one week to prepare for the next round in Orlando. For more information go to www.supercrosslive.com

For more information on the team go to www.muc-off-honda.com