Firepower Honda Within 7 Points Of Third!

The Fire Power Honda Racing team achieved solid results in Daytona and Jordon Smith is within 7 points of third overall.

Team manager Martin Davalos was happy with the improvements both riders made in qualifying.

“We tried a different SHOWA shock that Factory Connection did with Jordon, and it proved competitive. Jarrett showed what we see during the week and was close to the top 10”, said Davalos.

Jordon and Jarrett lined up in heat 1 and transferred directly to the main with a 2nd and 8th finish respectively.

Jordon was happy but accepted there were some things he needed to improve on following his 2nd finish.

“Its intense upfront and I am still finding my pace, we are still learning the bike. I am happy we are competitive, but I need to work on my intensity in the heat of the battles”, said Smith.

Jarrett was also pleased that he was able to make it directly through to the main.

“Its about time, I am glad we made it directly through, but I am bummed on my main event results”, said Frye.

Frye crashed hard in the first lap and never fully recovered, whilst Jordon settled in for a respectful 6th place overall which improved his overall position in the championship to 6th. 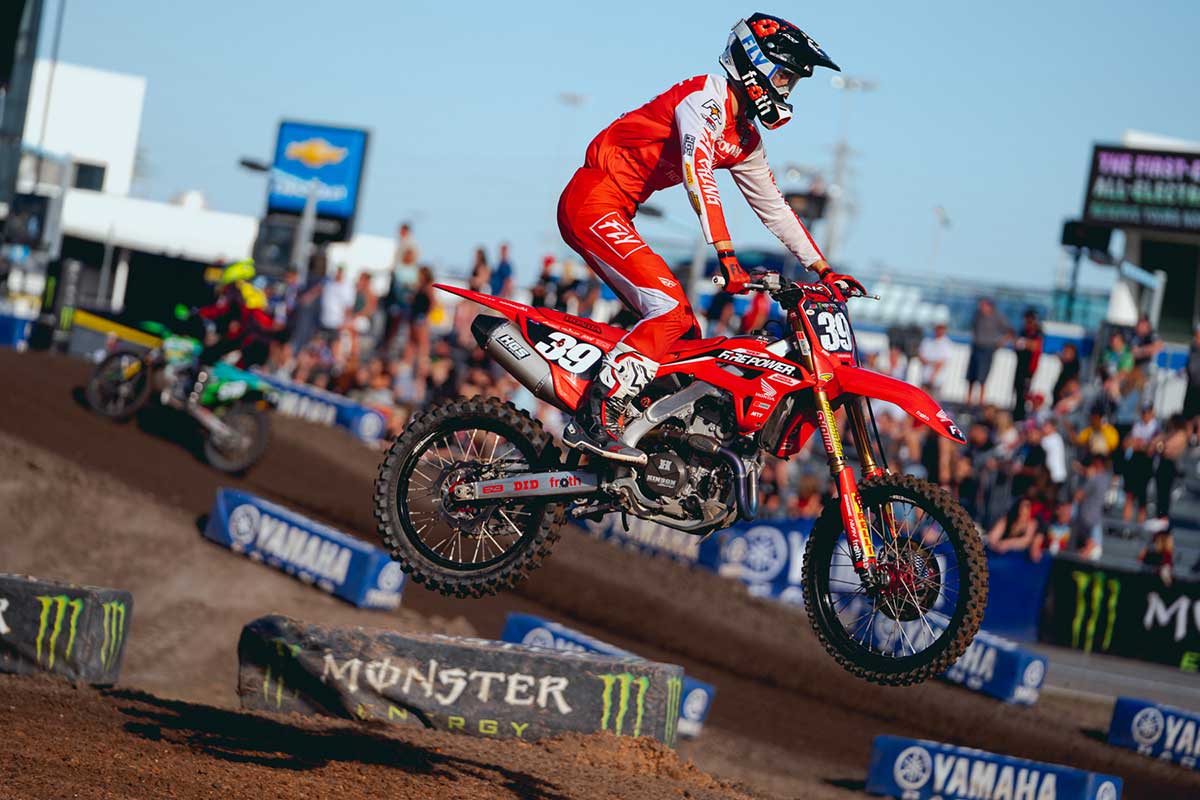 Team manager Martin Davalos believes the team is gaining valuable ground on their competition and is positioning themselves to be podium contenders.

“Jordon is doing everything we are asking of him. After three rounds we are 7 points of 3rd, and we are knocking on the door of a podium. We really are a new team, new mechanics. Everything was moved to Millsaps Training Facility three and half months ago. I am really proud of everyone’s efforts. Jarrett still needs a lot of work but we are team and we will work on it together”, concluded Martin Davalos.

Round 4 of the East Coast Supercross Championship is this coming weekend in Detroit. For more information go to www.supercrosslive.com or www.firepowerhonda.com